How to install an AMB Transponder in a Miata (1.6L)

So, my friend John D hasn't had any luck with transponder wiring and needed to rewire his so I figured I'd write up a post of how I installed mine.  Some people just hard wire it to the battery so the transponder always has power.  This is probably OK as the transponder does not draw much electricity but I'd prefer to have it wired to switched power so it only comes on when the key is on and the car is running.

So here it is.

I installed mine at the front of the car, under the driver side fender, in front of the wheel along the frame rail.  I like this location b/c there is a hole right there to feed the wiring through to one of the air bag wires that uses switched power.

I used two self tapping sheet metal screws to mount the transponder to the car.  Seen here: 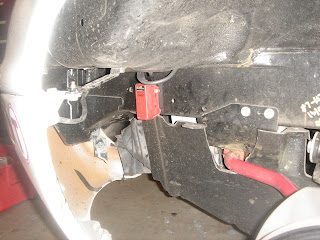 View from a lower angle: 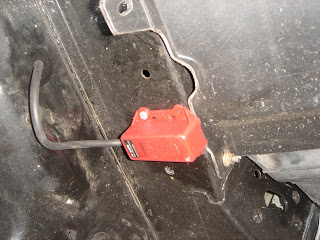 The wiring winds up coming through under the driver side headlight.  Here is a pic of the wiring from the engine bay.  It is the curled up black wiring in case you it's not clear... 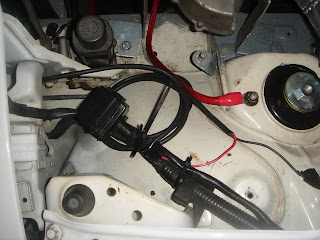 Here is a pic of the wire I used to get switched power. If you haven't modified the air bag wiring, it will probably have a blue connector plug on it.  I cut mine off and wired it directly. 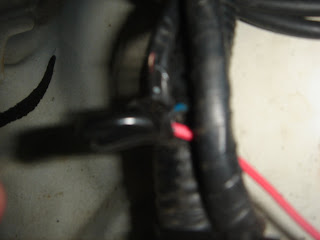 There you have it.  Easy peazy and reliable.

John's former mechanic had wired it to the wiper motor so it only worked when the wipers were on.  He had one of the race prep shops fix it at the track when he found out it didn't work.  The 2nd shop charged him $125.  Later he discovered that they had wired it to his crank angle sensor when the attachment failed and caused the engine to cut out after 6000 RPM.  My way is better than either of these professional mechanics....

Hope someone finds that helpful.  Let me know if you need further detail on those pics.