So...  Turns out the original 'short nose' crank that was on this motor is damaged. I discovered this when I was test fitting a new woodruff key and timing cog that I had ordered from Mazda Motorsports.  I ordered a bunch of parts and a rebuild kit from them.

Remember from my earlier post where I had a difficult time removing the timing cog from the crank?  I should have taken that as a sign that the keyway in the 'short nose' crank was damaged.  Actually, it was the second sign.  The first sign was that the large 21 mm bolt that holds the timing cog and pulley on the end of the crank was hand tight.  That bolt should have around 100 ft/lbs of torque holding it on so for it to be hand tight is a bad sign.  When that bolt is loose, the woodruff key, pulley and timing cog are not properly attached and causes the pulleys to wobble.  Miata.net is full of threads on the issue and YouTube has various videos on the topic.

The machine shop must have missed the issue with the keyway when they were checking the crank over.  Here is a pic of the issue.  This keyway is no where near as bad as some of the horror stories you see on the forums.  I could fit a .229 mm feeler between the woodruff key and keyway. 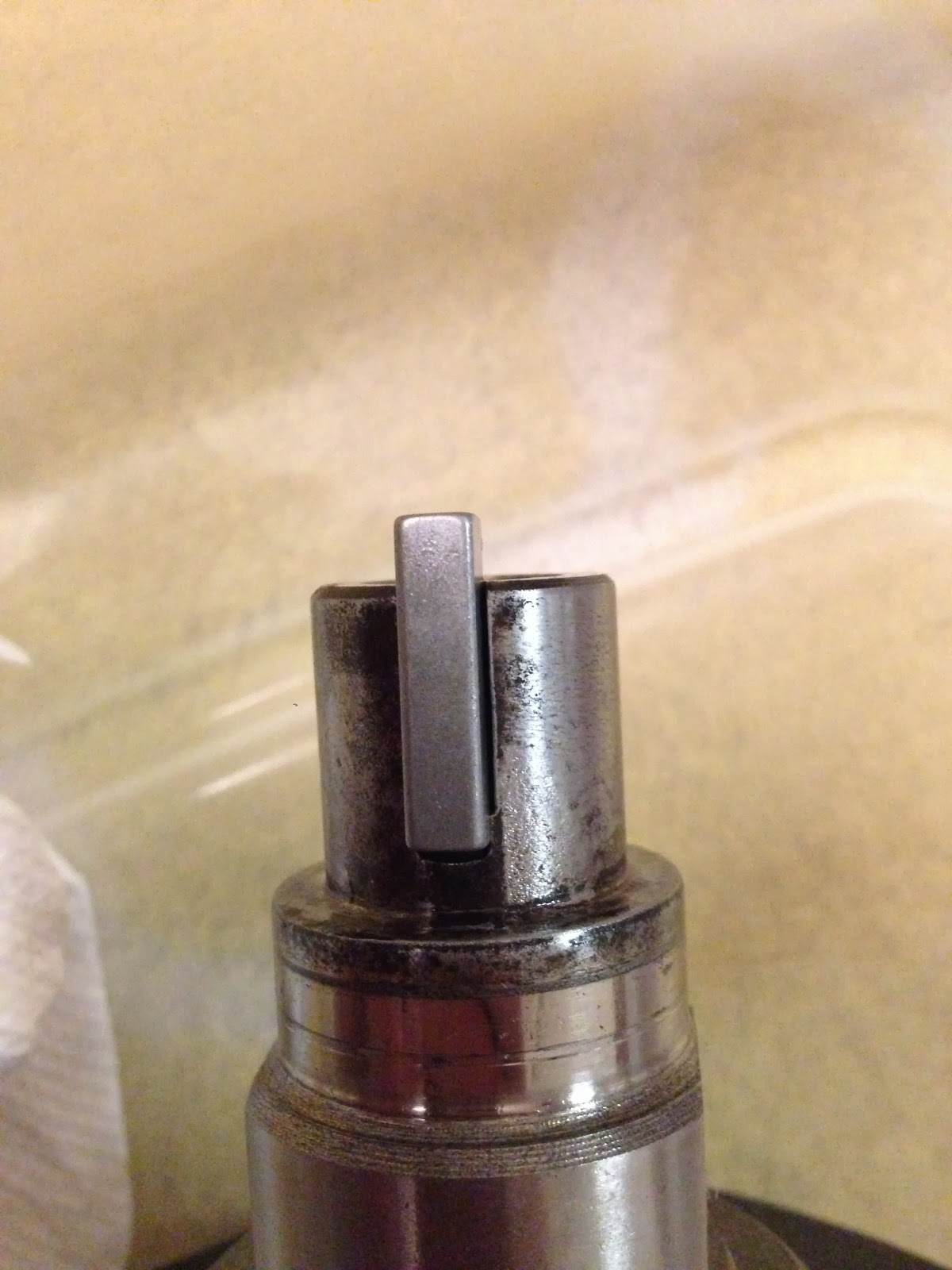 I briefly considered the 'Loctite Fix' that you read about on Miata.net but after researching it further and getting input from people, it is more of as a repair to get you by for a while and can fail again.  Since the motor was apart, there was no point in putting it back together with a damaged part.  Especially on a race car.  I decided to get a replacement 'big nose' crank.  Click to research Miata crankshafts.

I decided to pull the running 'big nose' crank motor that was in the car so that I could use the crank from that engine.  So I invited a few friends / Spec Miata competitors over and we pulled the motor last Saturday afternoon.  Yes, competitors in my region are also friends!  The racing community is very supportive of its members.  Victory Machine graciously offered to clean and prep the new crank without charge so I dropped it off.  It turned out great.

So I now have all the parts that I need to assemble and rebuild the engine.  I spent a lot of time with carb cleaner and engine cleaning brushes cleaning up all the oil and coolant passages and chasing the threads all over the block in preparation for assembly.  Time to get busy bolting it together and testing clearances with Plastigage.  Should be a learning experience.