Well, since I won't have time or budget to make the first two races of the season, I've lost some of my motivation in getting this rebuild done quickly.  So I slacked off this weekend and did other things - like have fun.  I did spend some time in the garage today cleaning some ancillary parts and checking to see if I'm missing any parts for the rebuild.

A clean intake is a good thing.  Might as well do it since the engine is apart.  Better airflow, cleaner air = reliable power.  This really took a lot longer than I expected to get the internals of these parts clean.  Lots of nooks and crannies that you need to get into with engine block cleaning brushes.

I started with the intake manifold and throttle body.  I started by removing the electricals.  Marked which clips belonged to which injector and removed the fuel injector harness: 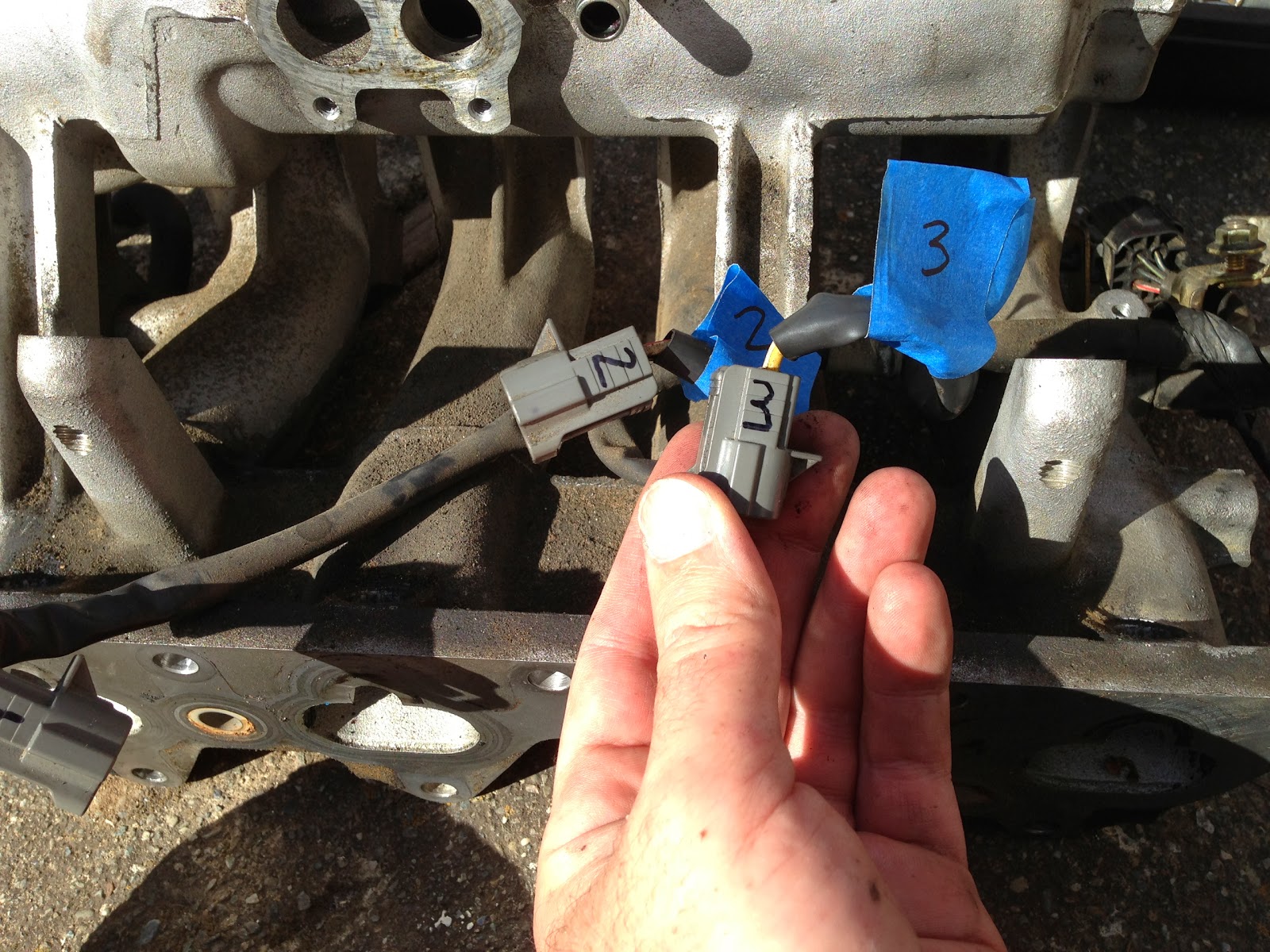 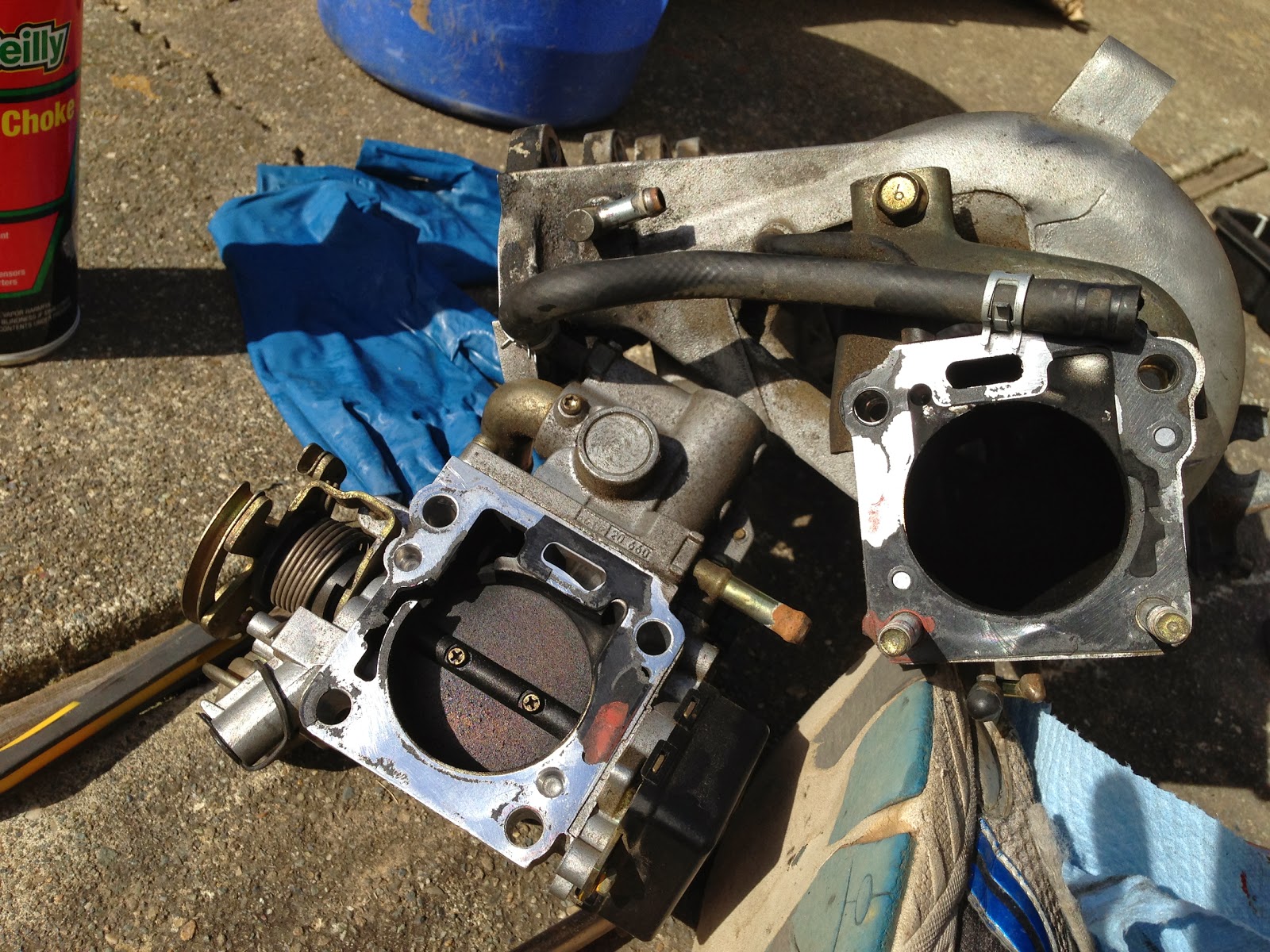 Here is an attempt to view in the intake manifold.  Looks nasty in the pic.  It was just as nasty in real life. 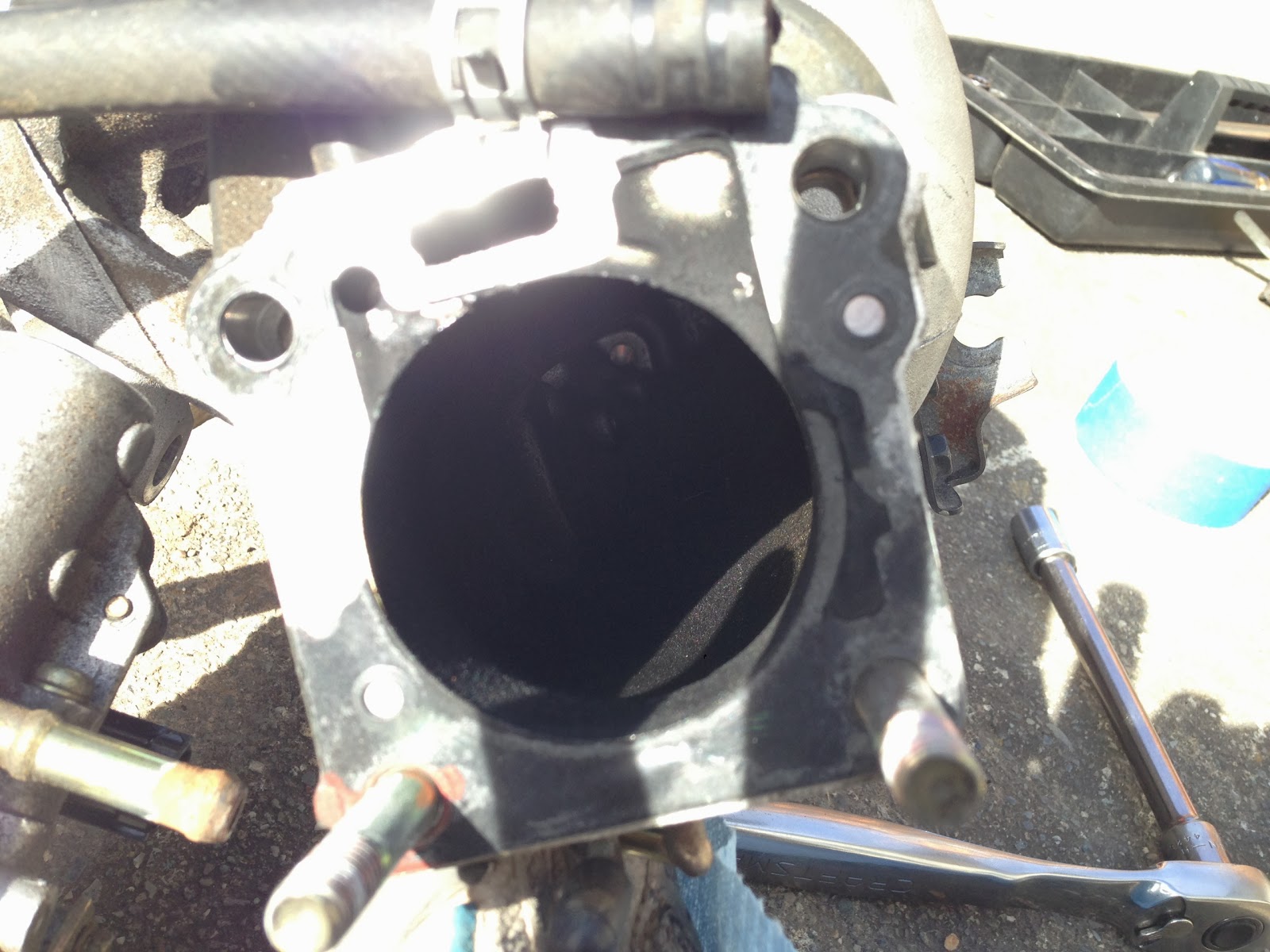 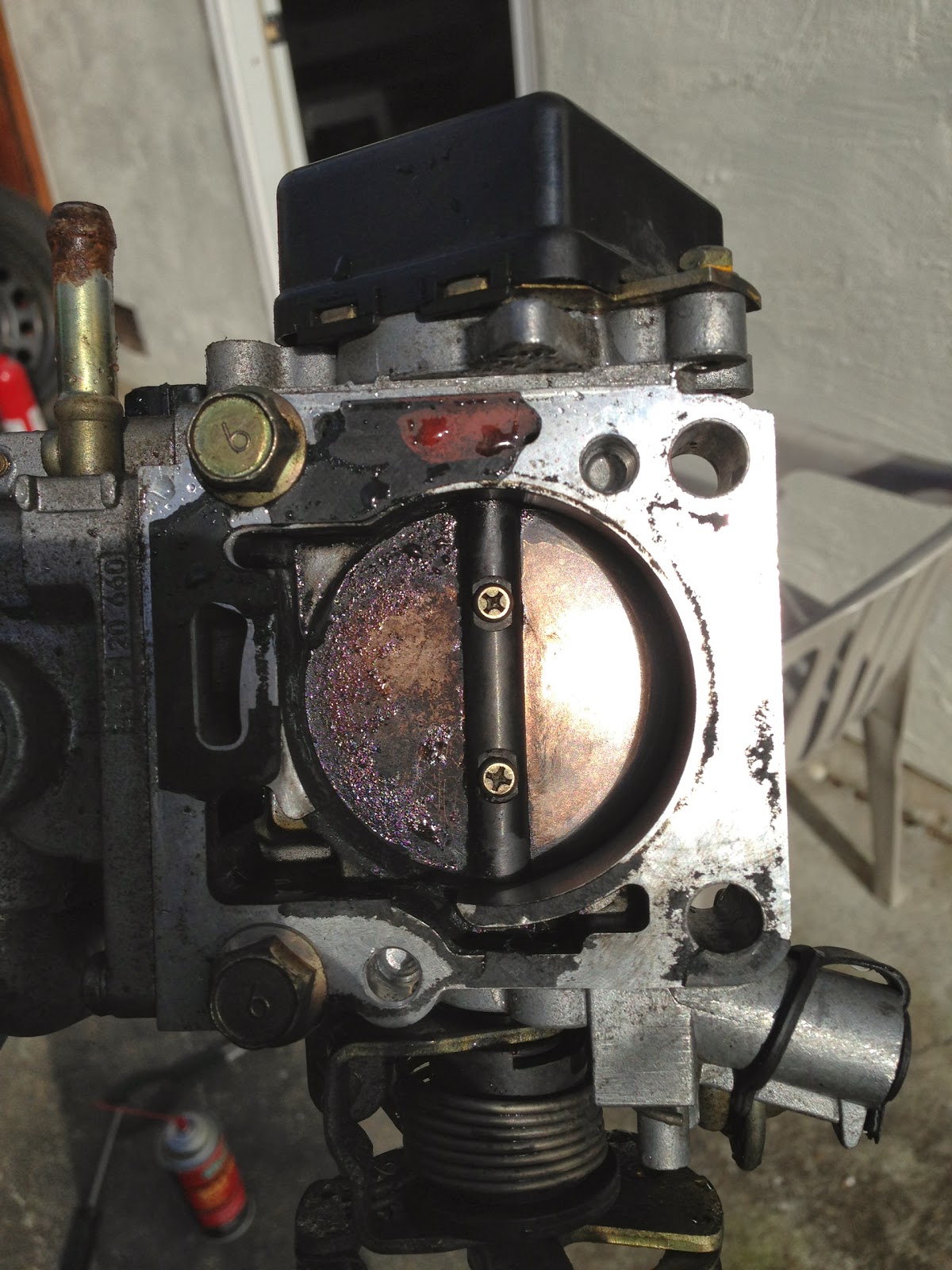 Almost done here.  Spent a ton of time with the wire and nylon brushes getting all the nooks and crannies of the throttle body clean.  Lots of gunk in there.  More than I expected considering this throttle body came from a car with only 91k miles.  Final step - trying to remove the frickin' gasket.  This thing was hard as rock.  The razor blade was the key to getting it off. 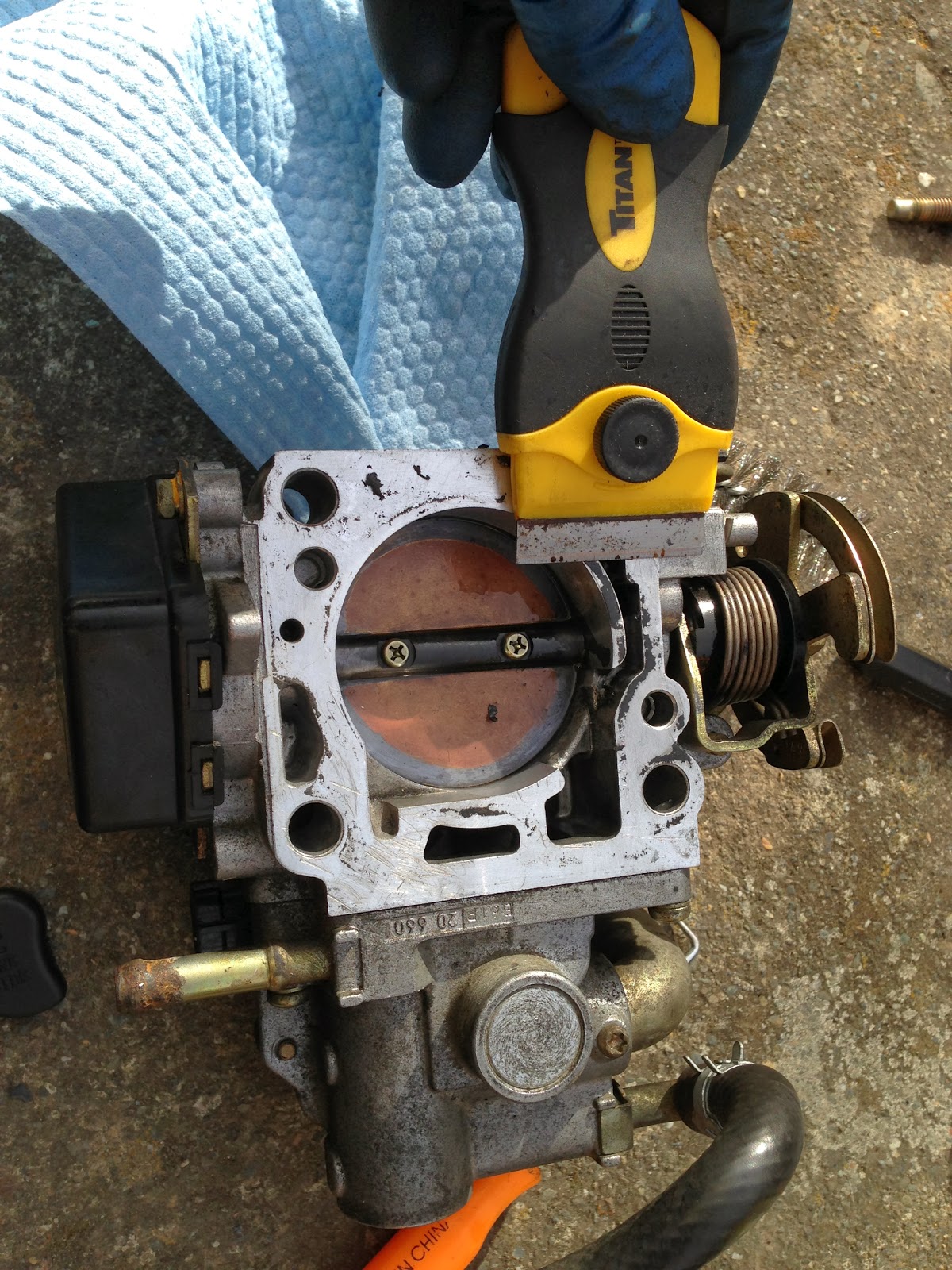 Next, moved onto cleaning the intake manifold.  I ran out of carb cleaner so I used the mineral spirits and wire brushes on it.  Turned out OK. 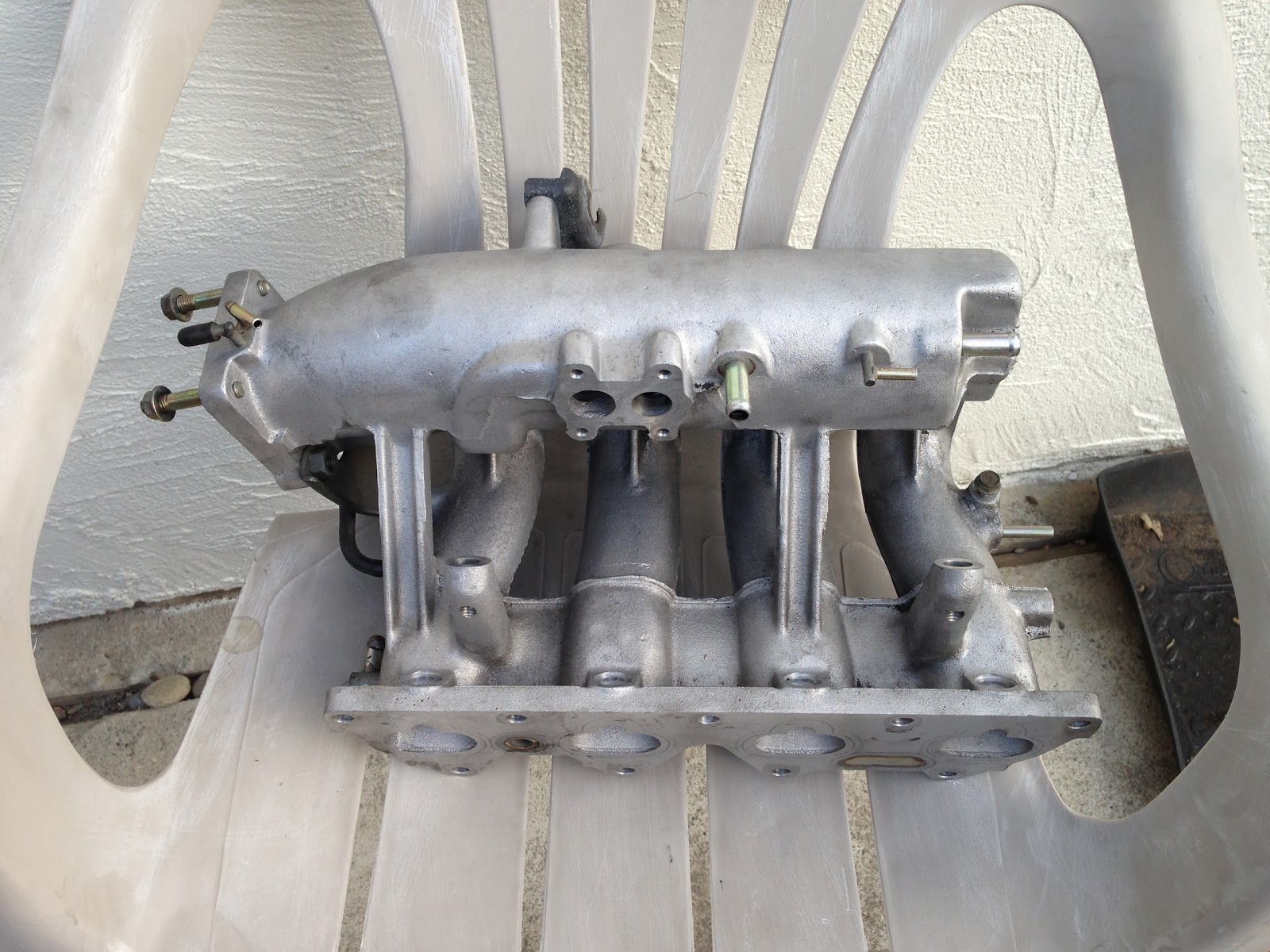 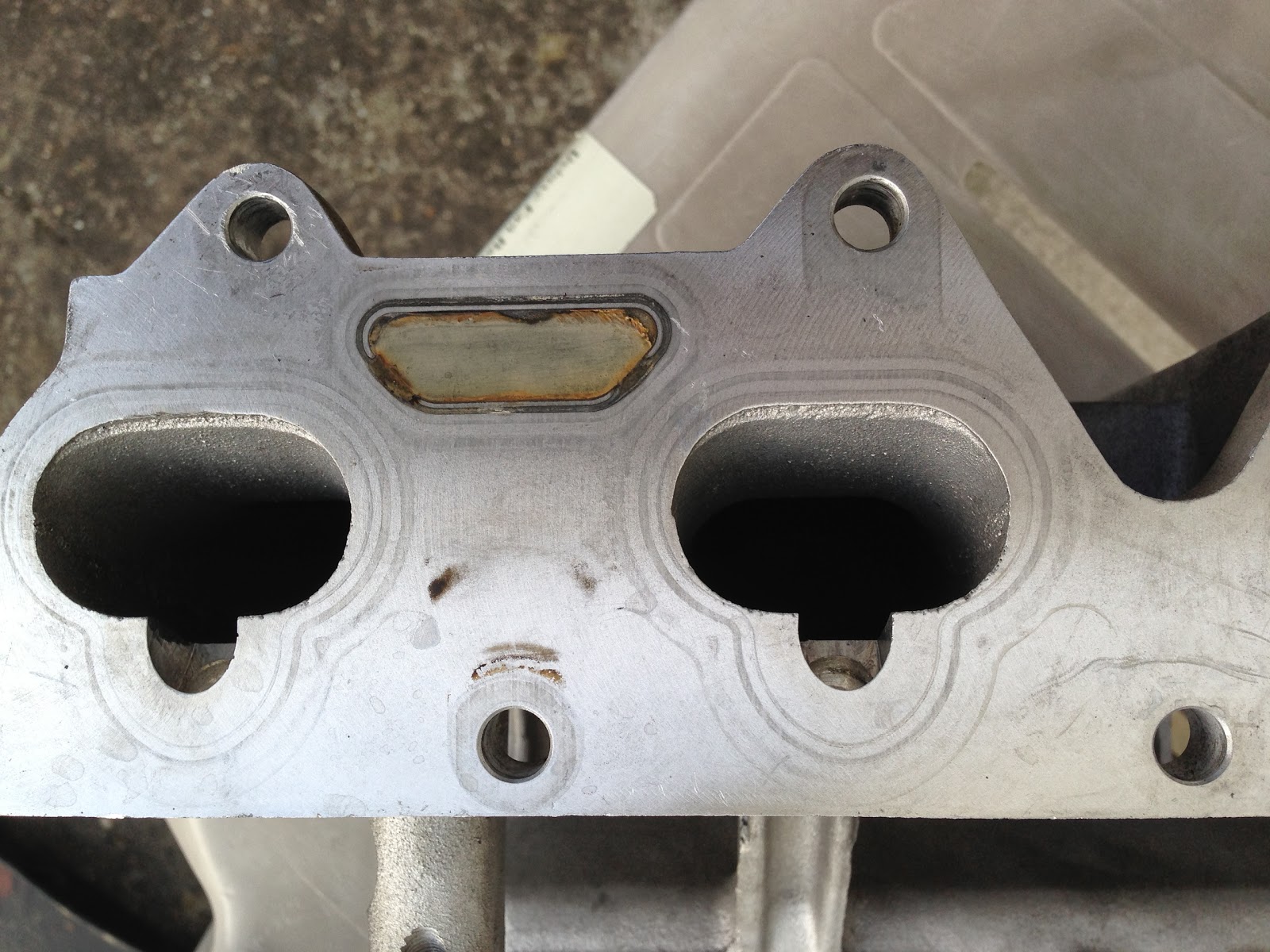 Inside view of the intake port.  Nice and clean now. :)

View from the throttle body opening after scrubbing with mineral spirits and long handled wire brushes.  Going to get some more carb cleaner and give it another cleaning with some nice caustic car cleaner since I have the time. 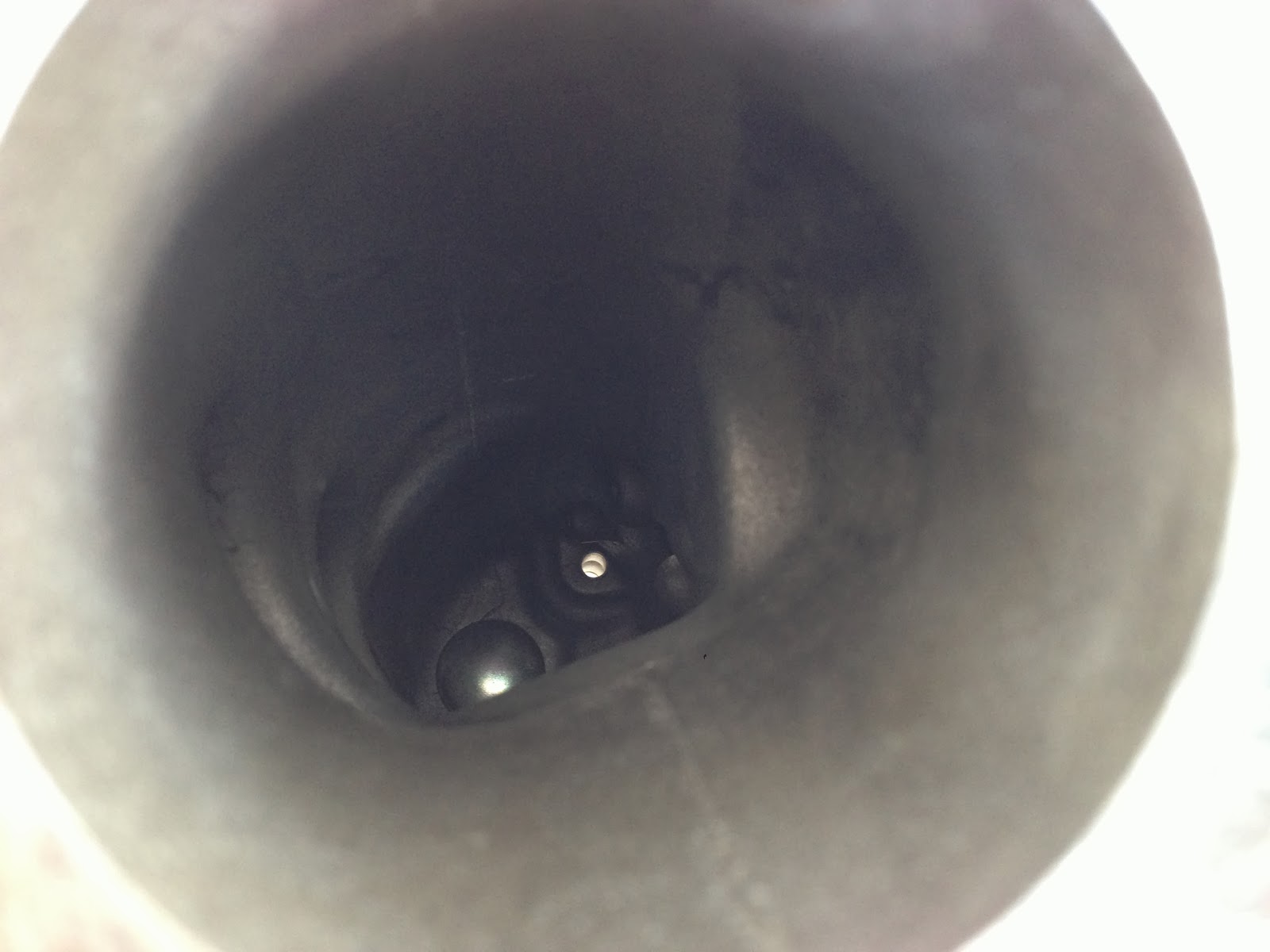 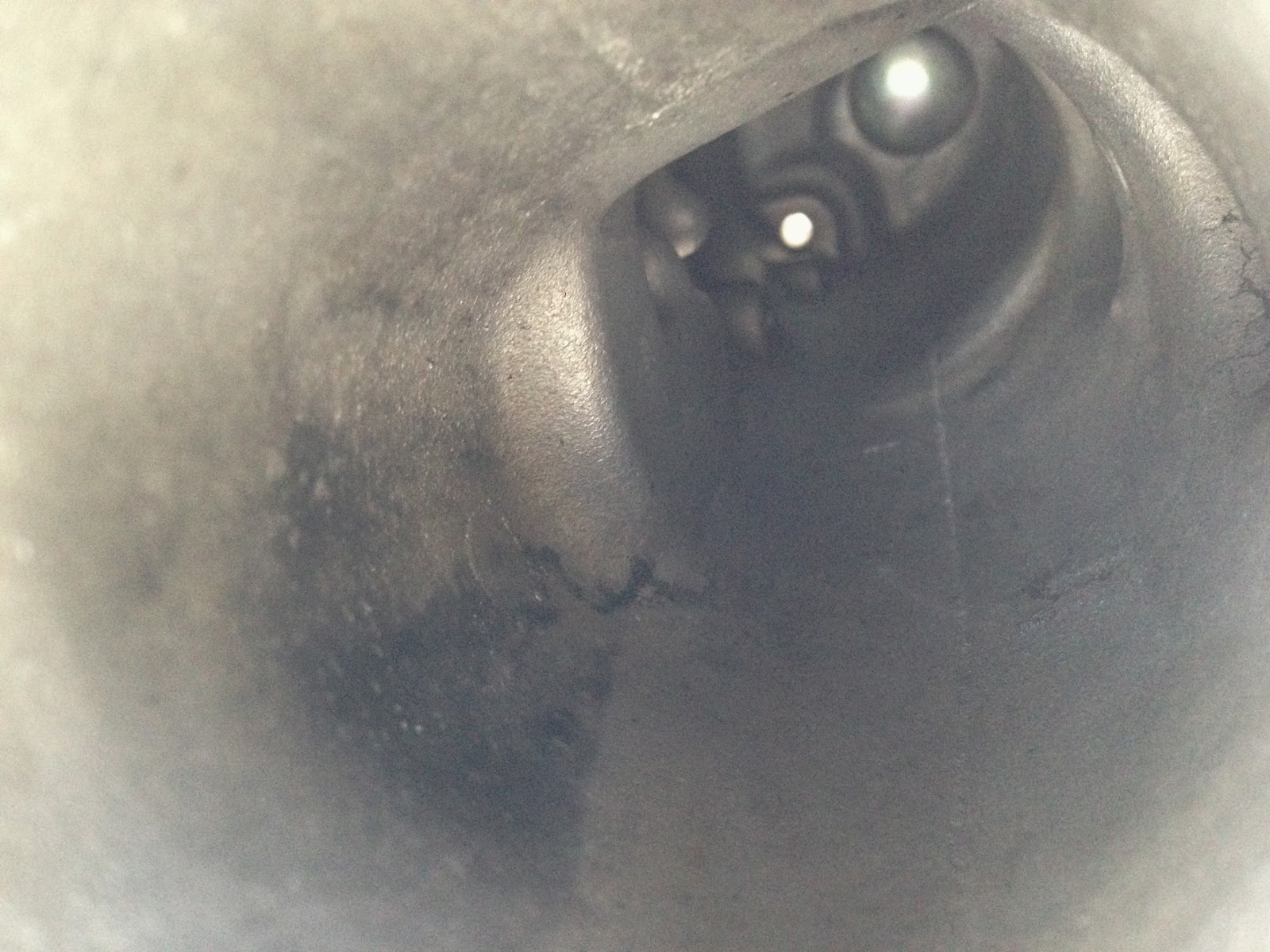 This is far less important than the throttle body and intake manifold but I had some time to kill and wanted to do something brainless so I cleaned up the water outlet, head-to-block bolts, piston squirters, coolant hard lines and other bits and bobs.  Pics! 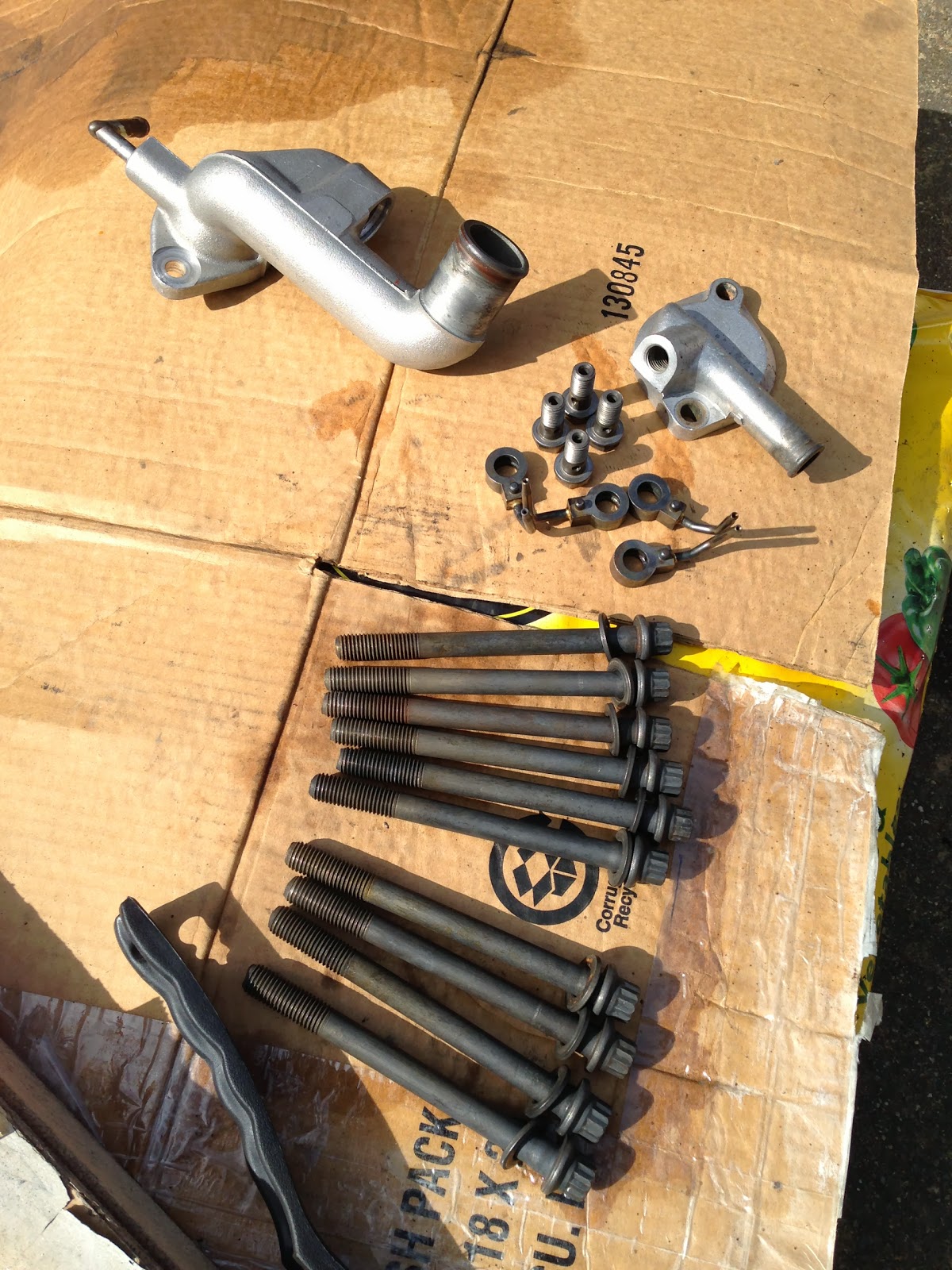 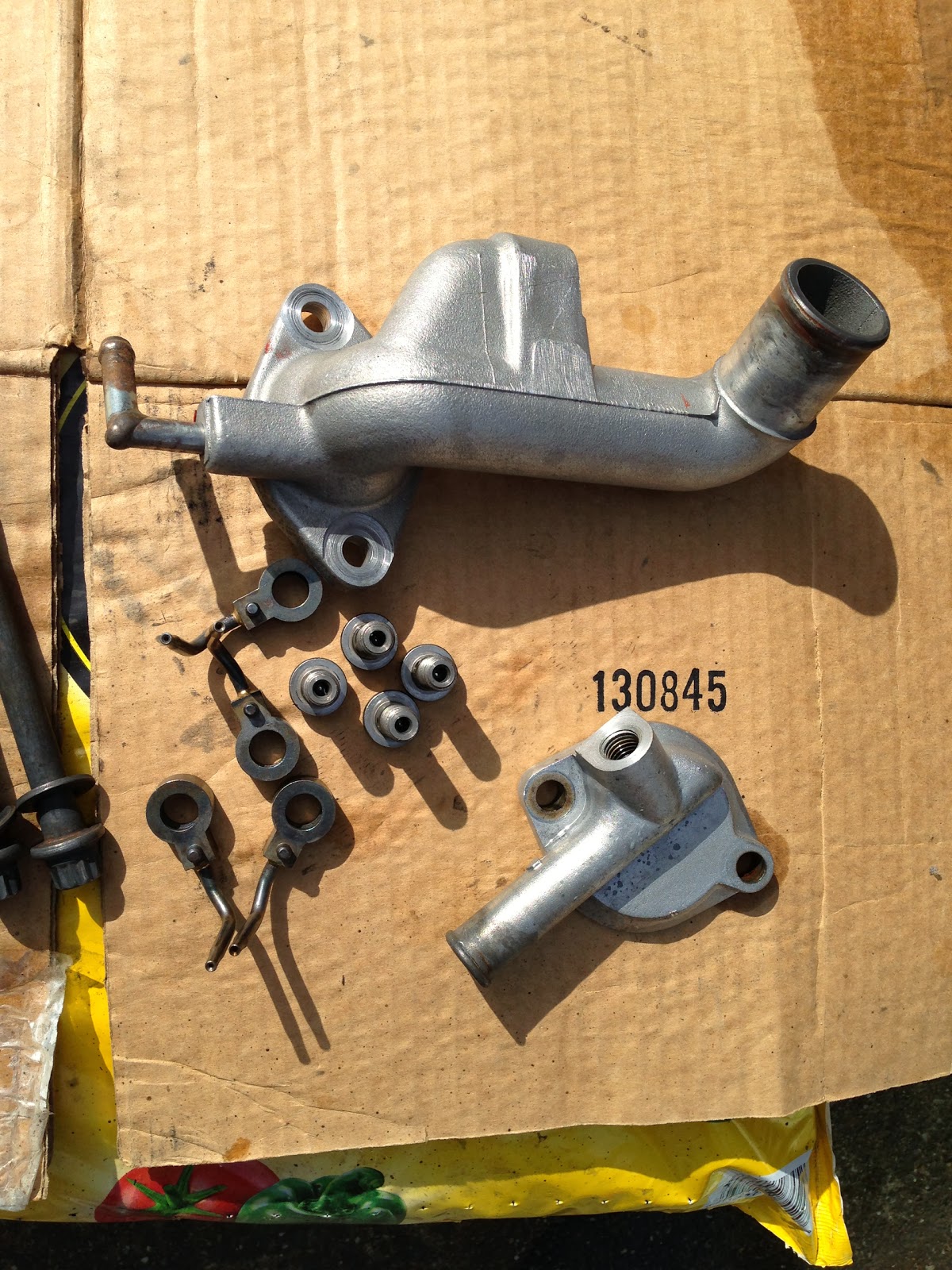 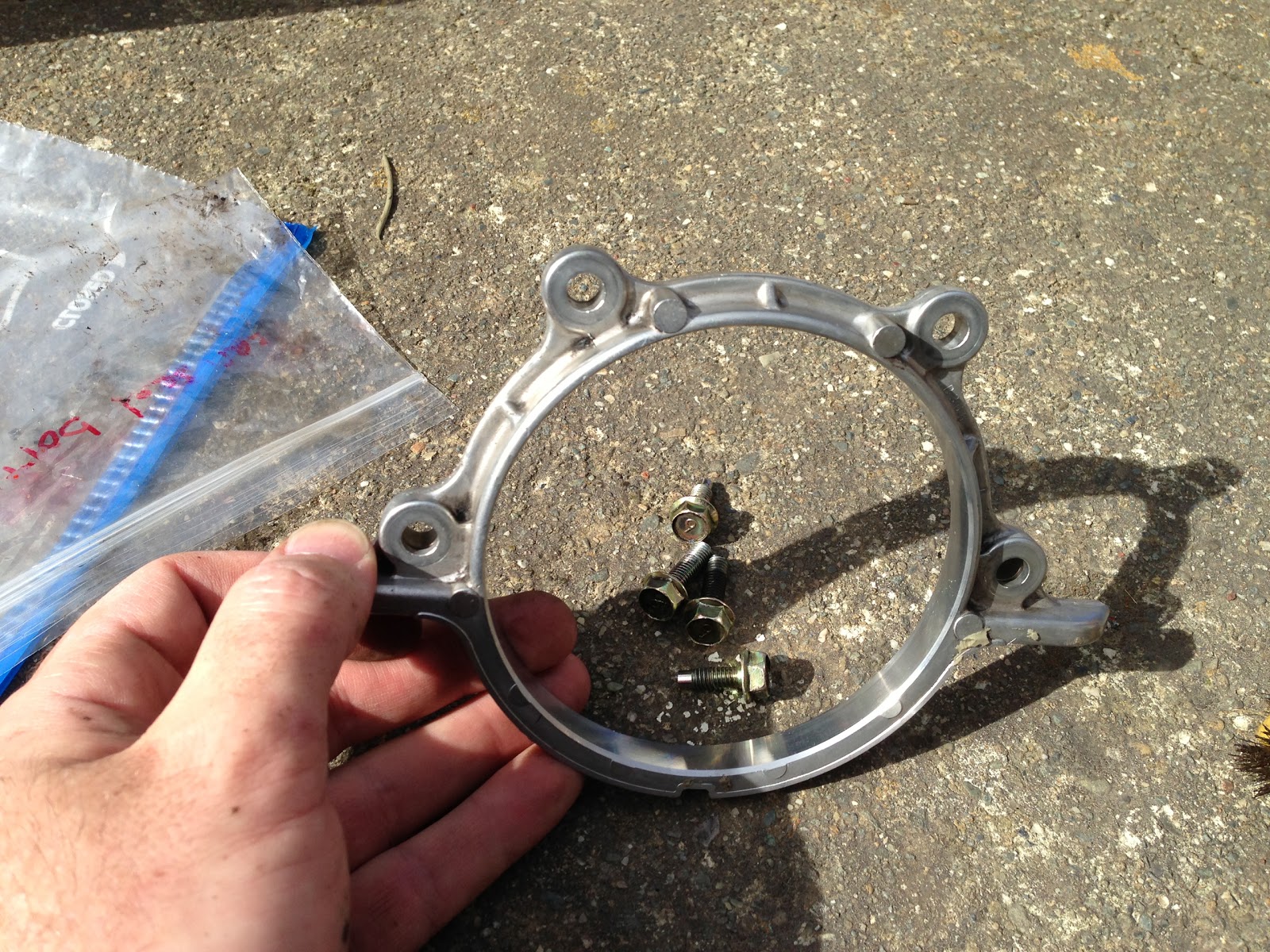 Lots of work.  Some with little value but I like clean engines so I'm happy with the time spent since I have some time to kill right now.